Please click on the video below to view the performance.  Thank you Shaul Ben-Meir for your generosity of time, music, and wisdom and for helping make the first year of the Virtual Flute Choir such a success.  Thank you VFC participants for your video submissions.  The video and audio quality was excellent and made the final video first-rate.  Thank you Skyler Butler for your incredible vision for the way this project would look.  It is more stunning than I could have ever imagined.  Finally, thank you Kansas State University for the grant that made this project possible.  I am thrilled to share this performance with the world!    -- Karen McLaughlin Large, VFC Creator 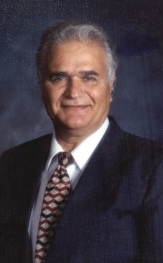 The 2012 Virtual Flute Choir guest conductor is internationally renowned flutist and arranger Shaul Ben-Meir.  Mr. Ben-Meir is the founder and music director of the Michigan Flute Orchestra and is widely recognized for his transcriptions and arrangements of symphonic repertoire for the flute orchestra medium.  He was formerly a flutist with the Detroit Symphony Orchestra.

Mr. Ben-Meir was awarded the Silver Medal at the International Wind Competition in Helsinki, Finland and was principal flutist of the Haifa Symphony from 1961 until he was invited to the United States as Visiting Professor of Music at Ithaca College in 1965.  Subsequently, he was appointed Artist-in-Residence at the University of Buffalo, participating in modern music research and performance under Lukas Foss.  He appeared frequently in solo recitals and masterclasses around the world.  His teachers included Geoffrey Gilbert, Joseph Mariano, and Jean-Pierre Rampal. 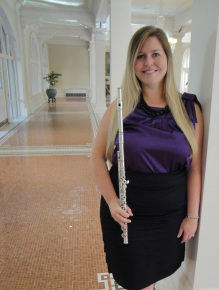 She is a founding member of Traverso Colore: Baroque Ensemble and performs with them throughout the eastern U.S. She is also a member of the Florida Flute Orchestra, performing on the Sub Contrabass flute in G—one of only a few such instruments in the world. She has performed with the Tallahassee, Pensacola, and Northwest Florida Symphony Orchestras as a flutist and piccoloist.

Some of her research interests include affective (emotional) responses to music, the role of musical analysis in performance, and baroque flute performance practice. She previously served on the music faculties at the University of Central Florida, the University of Tampa, and Indian River State College teaching various courses including applied flute, music theory, world music, and music literature.


The 2012 Virtual Flute Choir was funded by a research grant (USRG) from Kansas State University.